Last month brought a host of interesting events to South Korea, and one of the most interesting was the 2017 Inside 3D Printing Korea Conference & Expo in Seoul.  Like years past, the event was held again at the expansive Kintex Exhibition Hall in Seoul.  This event is in its fourth year, having its initial episode in 2014.  And while that may not seem like a lot, it has been very interesting to observe the changes in the Korean market through the lens of this show.

Anyone involved in 3D Printing/Additive Manufacturing knows about these shows, even if they have never attended one…as unlikely as that may be.  The exhibitions always draw industry insiders and enthusiasts far and wide.  While international, each show has a very strong regional flavor for the area it represents.  It is this regional flavor that can be critical for assessing markets and local technology developments that may not have gained global exposure yet.

Over the years the changes in the show’s attendees have mirrored the changes we have seen in the local industry itself.  The first year, 2014, was an excitement explosion.  The show was crowded with anyone and everyone interested in 3D printing.  Booths were occupied by both established and startups companies, suppliers, makers, hobbyists, and even student groups.

The second year was a bit more sedate.  In terms of floor space it was much larger as it was also combined with a robot/drone exhibition, and both seemed well attended.  But there was one huge difference that did not go unnoticed; gone were the makers, hobbyists, and student groups (for the most part) and the forum was left to mainly companies and suppliers.

Year three was a bit different.  The makers and hobbyists were enjoying a small comeback, but were still somewhat scarce.  New were several university-based research groups which seemed to be benefitting from a bit of fresh governmental support.  We saw a clear trend of the printers getting bigger in size; and in many cases, much, much bigger.  There were also more resellers present than in the past.

This brings us to 2017, and due to unfortunate schedule conflicts we were only able to attend the final day of the three day event.  While we missed some great stuff; mainly the keynote addresses and the meet & greet functions with industry executives, we surveyed what we could.  And, I must confess, we were not disappointed.

This year felt like an exhibition “Goldilocks moment” where everything was just right.  The show was a nice mixture of the established businesses, daring innovators, and scrappy startups.  All in all there were some eighty 3D printer manufacturers, resellers, governmental research organizations, and service providers present.

The atmosphere seemed to be an interesting mix of serious creativity and “survival mode” determination.  As a market matures and its technology begins to “standardize” (in terms of ability, quality, and price), running a viable business becomes more challenging which tends to drive out the non-innovative or poorly run companies.  This is not necessarily a bad thing, as the truly talented (who were part of a failed company) tend to get moved around within industry rather than being lost to it.  And there were some excellent examples of this “reshuffling and realignment” this year, as well as some new alliances that look to be very promising.

Many of our favorites were there; Moment, Former’s Farm, 3D Leejo, Anatz, Mandro, Carima, OpenCreators, A-Team Ventures, Owl Works, and a couple of HyVision Systems resellers.  There too were the old standbys; Makerbot Korea, XYZPrinting Korea, and 3D Systems Korea.

Several of them had good news to share, such as Moment, who recently received substantial investment from Chungmac Electronics, and entered into a distribution contact with the office electronics giant Ricoh.

Another was Owl Works, who was finally starting to get some of the respect that they so richly deserve.  They first debuted their amazing Morpheus LCD/LED liquid resin printer back in early 2015, and have been working incredibly hard on the project ever since.  Their efforts have generated a number of great stories and buzz, but life hasn’t been easy for the team.  This year things have begun to change as they were selected the winner of the Frontier Tech Showdown competition, winning a $5,000 Uncapped SAFE agreement with Asimov Ventures!

Likewise we were happy to hear that a group of the most creative independent makers in Korea are banding together.  Mand.ro, a professional engineer most noted for his creation of a low cost robotic prosthetic hand; Anatz, a high quality 3D printer manufacturer widely known here in Korea, and Cartoon Makers a talented artist and educator, have created the Maker Alliance.  Each member brings unique skills and abilities to the group, and I can only image at this point what types of projects they will decide to tackle…but I am sure it will be fascinating.

OpenCreators has a new “conveyor” style printer called the BS3∞, which looked fascinating, but unfortunately we were not able to speak to anyone about it.  As I said, I don’t yet know much about it, but knowing these guys I am sure it is worth checking out.

There were some Surprises as well.  The biggest was that Rokit, one of the very first Korean printer manufacturers, was not there.  Many recall that Yoo Seok Hwan, Rokit’s dynamic founder and CEO was one of the keynote speakers at this conference in 2015, and had introduced a multicolor FDM printer called the “Stealth” just last year!  I was told by a former employee that they are completely repositioned their business into the bioprinting field.

I also was lucky enough to stumble across one of the most interesting projects I have seen in a long time.  5000dc started in 2015, and is perfecting a metal 3D printing system that seems to be based on welding, but with a significant twist.  Yes they had the standard robotic arm welder setup that we have all seen before…but in addition, they had something that looked like a standard desktop 3D printer.

Lastly we met with Incom, which is mainly a software solutions company, but they had created something that just grabbed our attention.  On their display table they had a collection of full color lithophanes.  They told us they could not tell us how it was done, as their patent on the process is still pending.  We did learn however, that it is a two-step process, which involves colorizing standard lithophanes…and the detail was impressive.

So, all in all, the Korean 3D community is slowing getting its legs and beginning to stabilize.  This trend should continue as the Korean government is now fully embracing the technology and is starting to direct the industry’s growth.  We will be keeping an eye on the changes as they occur and watch as our favorite tech gets integrated into the Korean economy at large, as well as recognizing those individual geniuses who develop unique ideas for the rest of us. 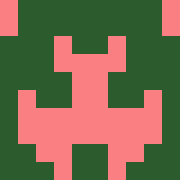