At the latest formnext in Frankfurt, we had the opportunity to catch up with Fabio Annunziata, Director of Business Development and 3D Materials at HP, who provided some insight into what the company and its partners will be bringing to the table for its HP Multi Jet Fusion (MJF) platform.

Since unveiling its Jet Fusion 3D printing solution last year, HP has quickly risen through the ranks of the additive manufacturing industry. Once best known for its (2D) printing and software products, the Palo Alto-based company is preparing to release a number of innovative 3D printing products, including a versatile range of AM materials.

Crucial to HP’s materials offering is the fact that its MJF 3D printing solution is based on an open materials platform, meaning that other companies can develop and manufacture materials for HP’s system. To enable the development of new materials, HP (in partnership with SIGMADESIGN) has introduced the Materials Development Kit (MDK), a hardware system that allows companies to effectively test 3D printing powders before bringing the materials to HP for certification.

As Annunziata explains, “With the Material Development Kit you are able to ensure that the powder is going to spread and flow well through the [3D printing] system.” He adds that companies can use MKD on their own premises, which gives them more autonomy and the ability to accelerate the development of 3D printing materials.

“HP will only come into play for the final certification and validation of the material, ensuring that it prints consistently and that the output performance of the printed parts is always the same,” says Annunziata. MKD was developed at HP’s Corvallis site, where all 3D printing materials are tested for validation.

At this point, prices for the new 3D printing materials have not been disclosed, though Annunziata has suggested they will be low and competitive enough to compete with injection molding materials. In fact, in terms of materials, Annunziata sees the injection molding industry as HP’s biggest competitor, and the company aims to up its stakes by offering a broad range of 3D printing materials, including polypropylene and elastomers. This material versatility will be in large part thanks to its materials partner ecosystem, in which the Dressler Group and Lubrizol are recent additions.

Ultimately, Annunziata suggests that once additive manufacturing’s material diversity and costs can compete with that of injection molding processes, 3D printing will be primed to become a more dominant manufacturing system.

The first step for the adoption of 3D printing will be to “show that it works and that it’s cheap,” says Annunziata. “After that, manufacturers can take more advantage of the technology and expand its possibilities. Then they’ll really realize what 3D printing can really do.” 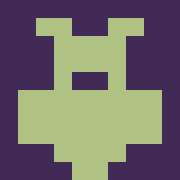