Three years is a lifetime in the Additive Manufacturing industry – that is how old we at DesignBox3D are. With over 430 companies competing in the desktop 3DPrinting segment, choosing the right solution for your prototyping and fabrication needs is not easy.

At DesignBox3D, we are selective to a fault in the partners we choose to work with and prefer to offer only the most innovative solutions from the best partners worldwide in the segment that we are focused on – the professional/enterprise user in the medical, defense, industrial, manufacturing and design space.

It seems like a long time and many Sigmas ago when we saw a very interesting tweet with a picture of a rather intriguing 3DPrinter known as the Sigma from BCN3D Technologies with dual extrusion that defied what the accepted “side by side” dual nozzle solution was at the time. We reached out almost immediately to BCN3D about our interest in working with them as their US distribution partners and heard back from them not long after. The first Sigma we tested was stunning in how elegantly our friends at BCN3D had solved the problems with dual extrusion.  Two independent extruders on the X axis, with the cleanest dual material prints that we have seen.

During the testing phase, we worked closely with the entire team at BCN3D, led by our very good friend Roger Uceda (CEO, BCN3D), Pol Domenech, Eric Pallares,…. Every single team member of the 80+ team at BCN3D and Fundacio CIM has been fantastic to work with – fully focused and committed to building a great company with an open source mind set and incredible solutions. Not long after we had started testing the Sigma, we were ready to cement our relationship by meeting the team and I visited Castelldefels in February 2016. Landing in Barcelona after a two day stop in Bologna Italy, I met my friend Pol Domench for the first time in person and soon, we were at the BCN3D headquarters in Casteldefels. This company is like a family – to all the people that work there together as a team and their global partners. Pol introduced me to Roger Uceda, Xavi Faneca, Eric Pallares and so many more people that are now friends to us.

As soon as I had met the team, it was clear that this was a company with a conscience – born out of Fundacio CIM in Barcelona, the initial goal had been to offer technical training in manufacturing, design and that led to the birth of REPRAPBCN. Wildly successful for their #OPENSOURCE Kits of the BCN3D+ and the BCN3D R assembly workshops, my friend Xavi approached the team with a crazy idea – independent dual extrusion…. This is now the BCN3D Sigma, the top rated dual extrusion 3D printer on 3DHubs since April 2016.

After spending so much time on R&D to design and build the Sigma, BCN3D released all the source files to the public. Every part, design file, assembly guide is now online and available to a growing community of users to modify and update on their own or share their design changes with everyone else.

This is a professional grade, multi-material desktop #3DPrinting solution that is open source and we love this approach.

The Sigma is one of five core products manufactured by BCN3D – stay tuned for what we bring you next by way of Fundacio CIM and BCN3D from our friends and family in Spain.

BCN3D Technologies was founded on the same principles as DesignBox3D – to further the growth of additive manufacturing by sharing the knowledge and technical skillsets to create a new generation of manufacturing pioneers.

Don’t print toys with your tools! The Sigma is not a Toy. 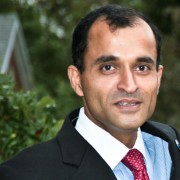 Preet started DesignBox3D because of his firm belief that additive manufacturing will drive innovation and re-invention in manufacturing for generations to come. Technology that holds the promise to change the way the world does things comes along once in a lifetime and 3D printing gives users the power to fulfill our innate desire to “make” something. With a background rooted in technology startups, management consulting, banking and political roles (state/federal government), Preet drives business building and has managed teams of 30 plus direct reports. At DesignBox3D, Preet is building an Additive Manufacturing consulting practice, a rapid prototyping service, and a distribution/reseller line of business… slowly.