Even before the event got going, Rize Inc. announced an add-in for SOLIDWORKS. The team at Rize put it together in a very short amount of time but did a great job. No more saving files as STLs and opening them in the Rize software. The new add-in does it all in one click. From CAD to print prep software with the click of a button. Then with Rize’s printer, the support structures peel off like Velcro so the workflow is easy from both pre-processing and post-processing 3D prints.

On Day 1, Stephen Nigro, President of HP Inc’s 3D printing business was on stage talking to Gian Paolo Bassi about their new printer enabling full color prints, and announcing the start of a collaboration with us at SOLIDWORKS to enable voxel-level design. This is a particularly interesting capability of 3D printing that their machines will support in future. Not only can you color each voxel of material (a voxel is best described as a 3D pixel) but in future, you will be able to tailor the material properties of each drop. That means one part which has impact absorbing properties one end, high stiffness at the other and maybe something else in between! Later on, Sindoh got a mention for their work in collaboration with both the Apps for Kids team and also Xdesign. The same approach was taken to allow designs from Apps for Kids or Xdesign to be printed on any Sindoh printer connected to the web. This sounds much more straight-forward than it actually is behind the scenes and that is a testament to what a great job the collaboration has provided.

In the partner pavilion, attendees were treated to 19 3D print-related exhibitors to visit. This ranged from the printer manufacturers to service providers and software to make the workflow easier. The industry stalwarts 3D Systems and Stratasys were joined by the new startups like Desktop Metal and Rize. The Xometry booth was as popular as ever, particularly with their X-shaped fidget spinners as a giveaway. Big Rep made their first appearance at a SOLIDWORKS World as did 3DHubs and Atlas 3D. Ultimaker, Formlabs, Markforged were also there along with 3D Platform, Sindoh, Makerbot and HP.

After the General Session concluded on Monday, the Additive Manufacturing Symposium kicked off. The 3D printing initiatives that have been worked on here at SOLIDWORKS were unveiled along with a demos of some brand new products from partners such as 3D Systems’ 3DXpert for SOLIDWORKS and Desktop Metal’s Live Parts.

The symposium also featured two special guest speakers. One was Terry Wohlers, who is Principal Consultant and President of Wohlers Associates, Inc., an independent consulting firm he founded 30 years ago. What he doesn’t know about Additive Manufacturing and the industry is not worth knowing. He spoke about the importance of Design for Additive Manufacturing and also the future of the industry.

This was followed by another glimpse into the future provided by Tim Simpson, the Paul Morrow Professor of Engineering Design and Manufacturing at Penn State University. His presentation talked about the research he has been doing at the forefront of metal additive manufacturing and how it has the potential to disrupt industry one layer at a time. This session was also live streamed at live.solidworks.com and on Facebook live.

While the symposium took a break for lunch, the additive news continued. A press conference featuring SOLIDWORKS, Stratasys and CEO and founder of a start-up called Unlimited Tomorrow kicked off. Easton LaChappelle has been in the news before, showing his robotic hands to former US President Barack Obama, but things have moved on since then. His current project involves bringing a real looking, working robotic prosthetic to 100 people. SOLIDWORKS and Stratasys are partnering with him to make it happen. SOLIDWORKS has contributed software, but also funding towards the next 100 arms. Easton LaChappelle spoke about how he has been using SOLIDWORKS since the 8th grade and how he is using to create custom 3D-printed robotic prosthetics. Very impressive stuff. After lunch and the Symposium kicked off again, this time looking at a combination of additive and subtractive. Greg Paulsen from Xometry, spoke about the importance of design for the process you are going to be using, so how do you decide what process to use? Additive or Subtractive?

Vivek Govekar followed this up by showing how SOLIDWORKS CAM fits into the additive workflow, using it to remove support structures from metal additively built parts and improving surface finishes and machining in close tolerance features where required.

The last session of the Symposium was all about the desktop. Desktop printers were originally positioned as toys for hobbyists but now, the quality and reliability is far beyond that and are being used mainly by professionals now. In some cases, even for production. Formlabs and Ultimaker spoke about the opportunities Desktop printers present. After all, for the price of a huge scale industrial printer, you could have 10 or maybe even 20 or more desktop printers all running at the same time, finishing sooner, and if one is out of action, you still have all the others to take up the slack. Announced on the Main stage on Day 2 by Suchit Jain, VP of Strategy for SOLIDWORKS, were 2 new collaborations. 3D Systems and Desktop Metal. These collaborations enable SOLIDWORKS Subscription customers to access to new tools from the partners, specifically for Design for Additive Manufacturing. The first product, 3DXpert for SOLIDWORKS, is available to download today from https://www.3dsystems.com/software/3dxpert-solidworks. The second allows SOLIDWORKS users to log in to http://labs.desktopmetal.com/liveparts using their MySolidWorks account to get exclusive free time using the product, then preferred pricing going forward.

So much 3D printing in so little time! If there was any doubt that the SOLIDWORKS ecosystem was not the best option for designing for additive manufacturing before SOLIDWORKS World 2018, there is now no question whatsoever. 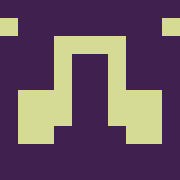 Stratasys Shows Off AM for Composite Production at JEC World 2018 SLM Solutions ups security for AM workflow with Identify3D collaboration